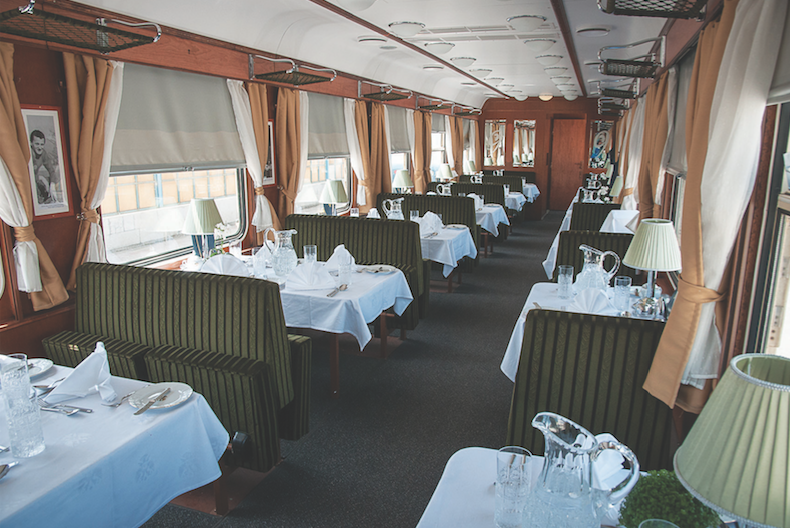 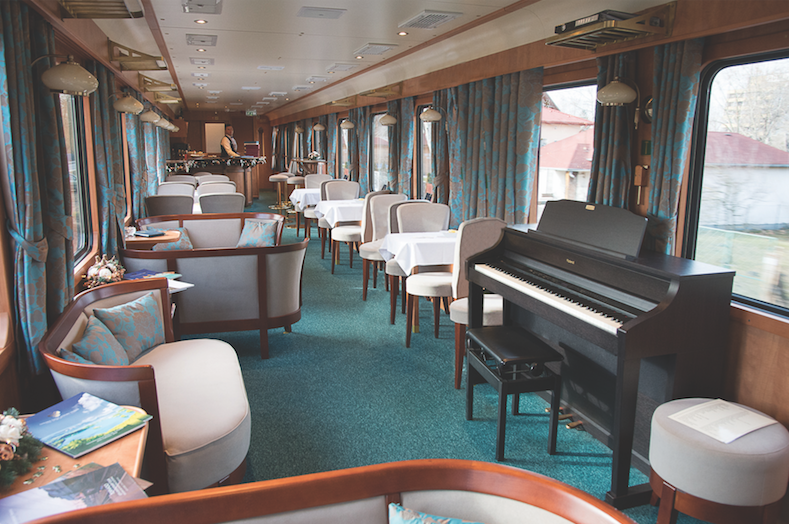 LIFE ABOARD THE DANUBE EXPRESS with TAUCK

All guests – a maximum of 58 - aboard the train will be part of this exceptional Tauck journey.
Accommodations on the train are a choice of either Superior Deluxe or Deluxe cabins. Superior Deluxe accommodations feature 93 square-feet of living space, with two full-size picture windows and a full-length sofa that converts to a UK-standard king size bed. Deluxe cabins (83 square-feet) have two armchairs for daytime seating that convert into two comfortable beds.
Both cabin classes feature private, en-suite bathrooms with shower, sink and toilet, individually-controlled air conditioning, Wi-Fi access, safe, generous storage space, and dimmer-equipped lighting.
The train also features a Bar Lounge Car with nightly performances by a pianist, two restaurant cars that can accommodate all guests in a single seating, and an attendant assigned to every car who reconfigures each cabin from its daytime set-up to nighttime use while guests are enjoying dinner.
Guests are accompanied throughout the journey by two professional Tauck Director guides. 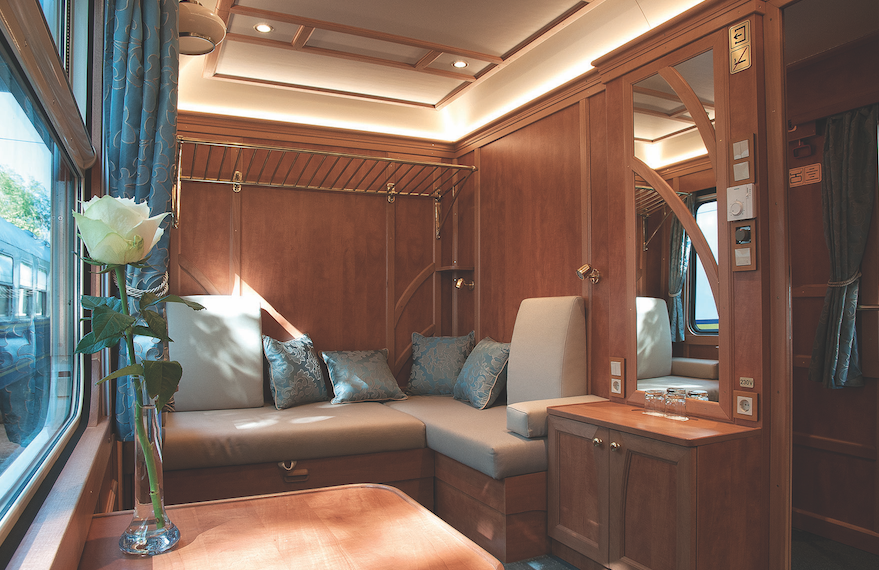 All six exclusive Tauck departures of this “Grand Rail Adventure” operate during September, 2020.
Pricing is from $11,790 USD / $15,290 CAD per person, double occupancy, plus airfare.
Included in the price are the two-night hotel stays in Vienna and Milan, the three-night train journey aboard the Danube Express, all sightseeing and excursions, most meals and gratuities, all ground transportation (including airport transfers), luggage handling, special events and receptions, and much more.

CONTACT US FOR DATES, ITINERARY DETAILS AND PACKAGE PRICING

OF THIS UNIQUE LUXURY TAUCK RAIL JOURNEY IN EUROPE IN 2020!

You will visit the following places:

Liechtenstein, officially the Principality of Liechtenstein, is a doubly landlocked German-speaking microstate in Central Europe. It is the last remnant of the Holy Roman Empire and an independent nation with very close ties to Switzerland. It enjoys a very high standard of living and is home to some incredibly beautiful mountain scenery. The principality's capital, Vaduz, is mainly a modern city and a major centre of commerce and international banking. Liechtenstein is also known for its medieval castles, alpine landscapes and villages linked by a network of trails.

Switzerland, officially the Swiss Confederation, is a federal republic in Europe. While still named the Swiss Confederation for historical reasons, modern Switzerland is a federal directorial republic consisting of 26 cantons, with Bern as the seat of the federal authorities, called '"federal city". Situated in Western-Central Europe, Switzerland is also a landlocked country geographically divided between the Alps, the Swiss Plateau and the Jura. Spanning the intersection of Germanic and Romance Europe, Switzerland comprises four main linguistic and cultural regions: German, French, Italian and Romansh. Although the majority of the population are German speaking, Swiss national identity is rooted in a common historical background, shared values such as federalism and direct democracy, and Alpine symbolism. One of the most developed countries in the world, Switzerland ranks at or near the top globally in several metrics of national performance, including government transparency, civil liberties, quality of life, economic competitiveness, and human development. Its cities contain medieval quarters, with landmarks like capital Bern’s Zytglogge clock tower and Lucerne’s wooden chapel bridge. The country is also known for its ski resorts and hiking trails.

Austria is a German-speaking federal republic and a landlocked country of over 8.66 million people in Central Europe. It is characterized by its mountain villages, baroque city architecture, Imperial history and rugged alpine terrain. Vienna, its Danube River capital, is home to the Schonbrunn and Hofburg palaces, and has counted Mozart, Strauss and Sigmund Freud among its residents. The country’s other notable regions include the northern Bohemian Forest, Lake Traun and eastern hillside vineyards.

Italy is a country in Southern Europe. It is home to the greatest number of UNESCO World Heritage Sites in the world. Much like its food, this country is an endless feast of experiences. It is famous worldwide for its delicious cuisine, its trendy fashion industry, luxury sports cars and motorcycles, diverse regional cultures and dialects, as well as for its beautiful coast, alpine lakes and mountain ranges (the Alps and Apennines).  There is also the country’s enormous cultural legacy: Tuscany alone has more classified historical monuments than any country in the world; there are considerable remnants of the Roman Empire all over the country, notably in Rome itself; and every region retains its own relics of an artistic tradition generally acknowledged to be among the world’s richest.

If you close your eyes and picture 'Italy', chances are, it's the rows of vin...

Bubble Cruising? Yes, You Can Cruise Close to Home

COVID's impact on travel is having one brilliant effect: it's shining a spotl...