About Culture & History
New Zealand is in celebration mode in July with the arrival of Matariki.
It's a constellation of stars that rises in New Zealand skies, shining their brightest in the first week of the month.
Known to astronomers as Pleiades or the Seven Sisters, Matariki is believed to have formed more than 100 million years ago, and this pre-historic cluster of stars plays a pivotal role in modern and ancient Māori mythology.
The rising of Matariki marks the Māori Lunar New Year, a significant time in the New Zealand cultural calendar.
The Matariki celebration focuses on three principles:
In addition to the Māori Lunar New Year, this astronomical event inspires festivals across the country, and like the commemorations of the indigenous people, it's seen as a time to celebrate new life, to remember those who’ve passed and to plan for the future. A time to spend with whānau (extended family) and friends – to enjoy kai (food), kōrero (story) and waiata (song). 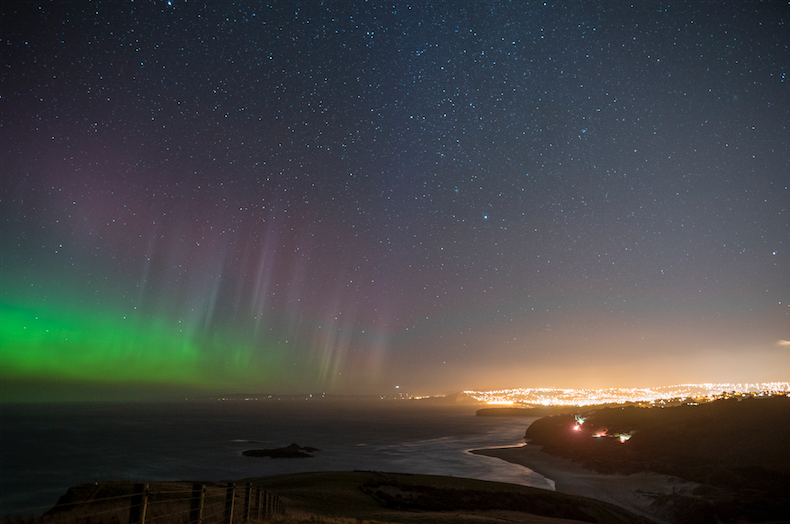 (Aurora Australis 'Southern Lights', courtesy Dunedin, NZ)
In 2022, the reappearance of the constellation will be recognised as an official public holiday on June 24th, providing the opportunity for visitors to plan holidays in the middle of the year, and reconnect with friends and family in New Zealand.
The magic of astronomy each summer has more than history and cultural significance. It also gives star gazers an occasion to turn their gazes to the heavens above New Zealand. Here are some of the most incredible places in the country to catch a glimpse of the Matariki constellation. 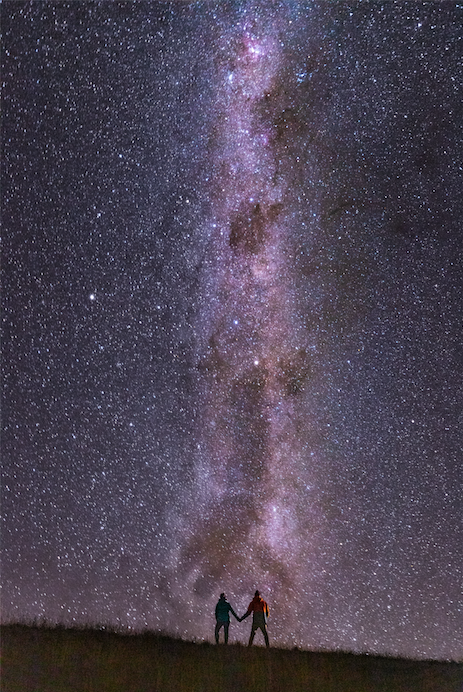 Aotea (meaning 'white cloud' in Māori), also known as Great Barrier, is New Zealand’s sixth-largest island and completely off the grid, with no electricity supply. The island is one of only five Dark Sky Sanctuaries in the world, and was named the first ever Island Sanctuary in June 2017.

There’s no roads, no people, no internet and no cell phone coverage at Owhaoko, making it the perfect place for a digital detox in a luxury cabin with views so spectacular one of the bedrooms is made of glass. The luxury cabin’s Māori name is Te Whare Ruruhau (a place of shelter, refuge and protection) has two double bedrooms – one with glass walls and ceiling – and guests can enjoy everything from a bubble bath under the stars with champagne to gourmet meals cooked using traditional Māori methods.

Much of New Zealand has no 'light pollution' and is home to some of the most accessible observatories in the world. In 2012, 4,300 square kilometers of New Zealand’s South Island was recognized as the Aoraki Mackenzie International Dark Sky Reserve. That formalized restrictions on light pollution that had been in place since the 1980s.

This was the first reserve to be awarded gold status, meaning nearly non-existent light pollution. It is one of the clearest, darkest and most spectacular places in New Zealand to view the night skies, and keen stargazers are able to see amazing constellations that can only be seen in the southern hemisphere, including the Southern Cross, the Magellanic Clouds and the Milky Way.

Stewart Island’s population is only around 400 people, making little impact on the darkness that surrounds the island. Plus, its far-south vantage point means you’ll see celestial features not visible from any other spot in the country. Local policies formalize the community's commitment to environmental protection and help to preserve the pristine skies.

Cruising From the US is Back!

Video: 8 Restaurants You Won't Want to Miss On This Luxury Silversea Cruise

Video: The Most Photographed Hotel in the World Celebrates 125 Years